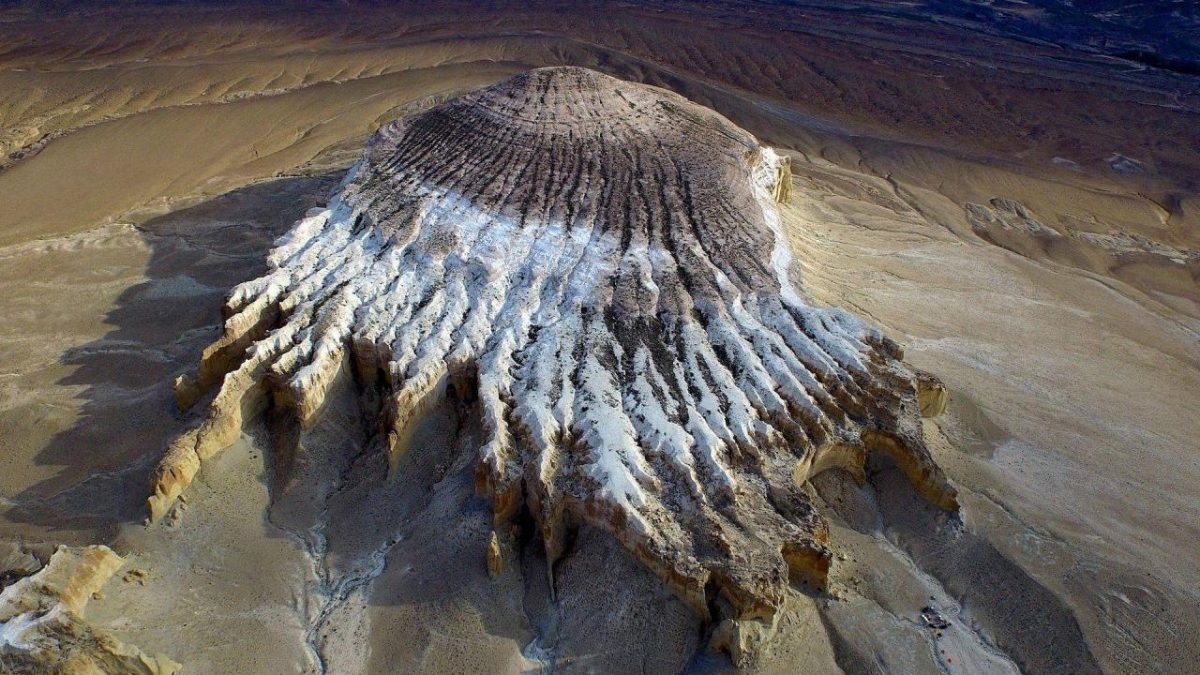 Many legends exist about the famous mountain in the land of Mangistau – Sherkala.
Every year, the hill, very reminiscent of the Kazakh national home – the yurt is gaining more and more popularity among tourists from near and far abroad.

From the geological point of view of Sherkal – with the highest mountain peak of 307.7 meters – a giant-remnant of bizarre outlines that arose as a result of the elevation of land from the oceanic depths.
According to one legend, brave warriors defended themselves from enemies and fought with enemies like a tiger. The last defenders of the mountain hid in the underground passages inside the mountain and remained there forever. So the name of this stronghold of valor appeared – the City of Tigers or Sherkala.