An underground mosque founded in the 12th-13th centuries is located 57 km from the city of Fort Shevchenko, not far from Sarytas Bay. Sufi preacher Sultan ep.
According to ancient legends, the real name of the Sultan of EPE is Hubby. He was the youngest son of a Sufi preacher Suleimen Bakyrgani, who was an outstanding student of Akhmet Yassaui. According to legend, Hubby managed to temporarily transfer the Muslim shrine, the Kaaba, to Central Asia.

This sanctuary was a haven for wandering preachers and hermits.
And according to legends, the Sultan of EPE was considered the patron saint of sailors. Evidence of this is the sharp wooden poles located on the territory of the complex, reminiscent of the masts of ships.
** The original mosque is carved inside the rock. ** The structure consists of 11 rooms, in one of them there is the tomb of the Sultan of the Epiphany.
6 meters from the mosque on a steep cliff there is a well. The well was built in the 19th century by locals who believed in the magical power of this place. Its feature is that it is located at a 30-meter height.
In 1993, this historical monument was taken under state protection. 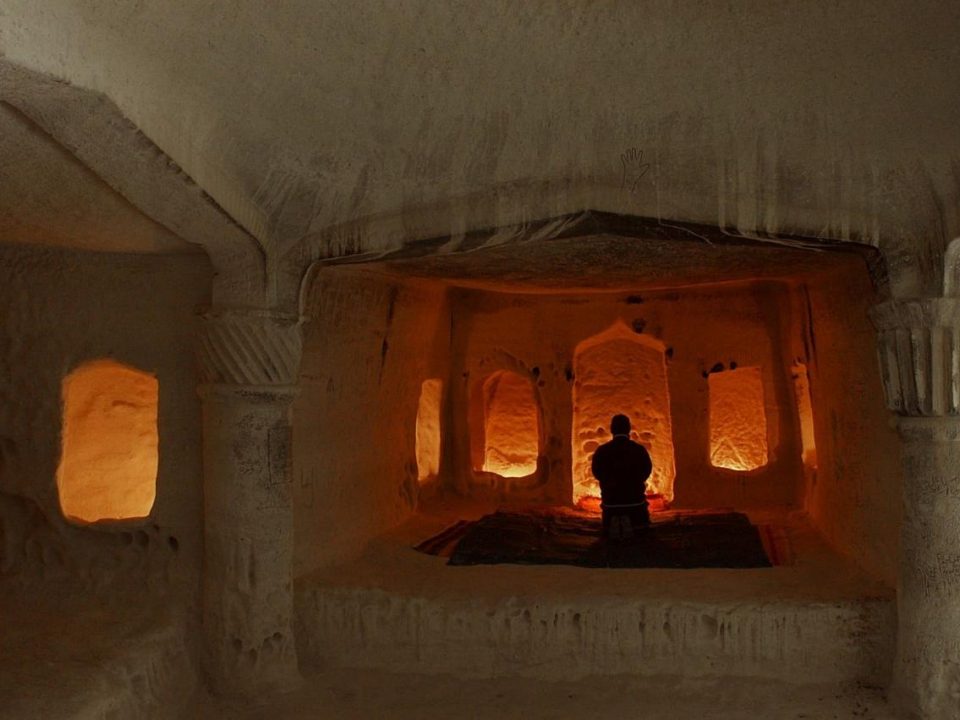 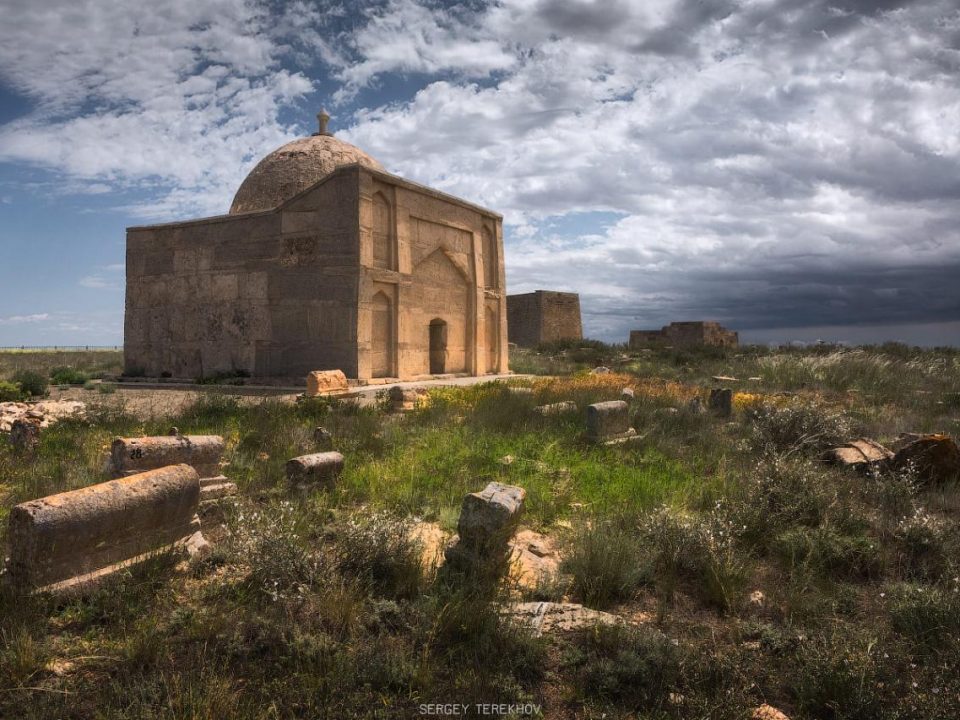 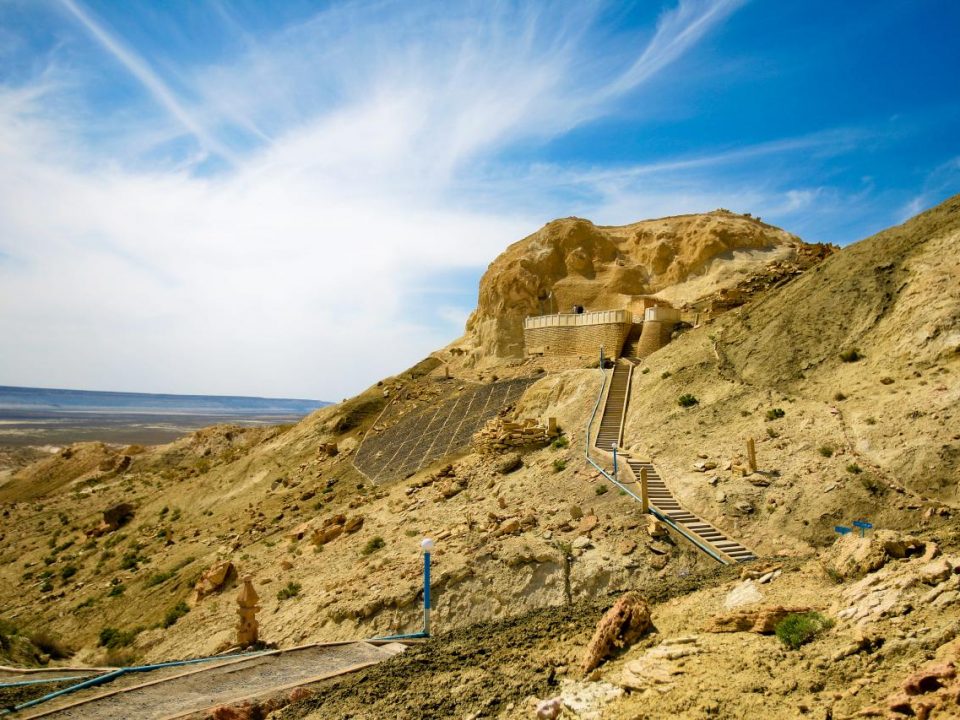